AS PART OF THE »PAPIER collé SIMONE WEIL« WE INVITED WRITERS AND ARTISTS TO SHARE THEIR IDEAS ON SIMONE WEIL. SOME BITS AND PIECES, SOME MATERIAL, THOUGHTS... TRACES AND LINES THAT REVOLVE AROUND THEIR READING OR RESEARCH. LIKE A SUNDAY STROLL THROUGH AN IMMATERIAL-IMAGINATIVE LIBRARY. LIKE A BORGES READING MACHINE THAT UNENDINGLY COMES TO LIFE: FLOATING, RATTLING, NEVER ARRIVING AT A FINAL POINT WHERE ALL IS FIXATED, SAID AND READ.

Simone Weil was born more than a century ago, on February 3, 1909.  Today I’m in Albuquerque … I left LA two days ago, Tuesday, stayed over that night in Kingman AZ, and last night, February 3, after checking in to the motel, had the idea of beginning these notes, not realizing it was her birthday.

The idea of revisiting Weil’s work for a long time seemed daunting.  I didn’t have the books anymore and the libraries are closed.   A lot of the English translations have gone out of print, making them harder/more expensive to find, but finally I just broke down and bought them.

I’m on my way to northern Minnesota to pack up the house my partner Philip and I just sold.  It was an investment [in happiness] that didn’t work out: a cheap simulation of the house where I’d lived in Thurman, NY during most of my 30s.  For another five years after moving out to LA I’d return every summer, and winter holidays too … a return to what felt the most real and true: deciduous trees, distinct seasons, my life with Sylvere, yellow school busses threading their way along windy back country roads.  Five hours north of New York, two hours from Albany, Thurman was steeped in its own history to the point of absolute entropy.

A woman I liked very much, Christine MacDonald, the Glens Falls head librarian, had moved here from the East Village too, believing it was her chance to witness the last days of an intact, dying culture.  The Need For Roots.  Christine wasn’t wrong.  By the time we give up the house, the Snowmobile Club cut a new trail through the woods alongside our yard, the Stony Creek Inn had burned down and cable TV and internet access were about to change everything.

I read SW there in French for the first time with the help of a Quebecois neighbor, a woman I knew only as Mrs. Jordan.  Her husband was dead.  They’d once run a dude ranch.  The sign still remained, nailed onto a tree in front of mustard and brown farmhouse that hadn’t been painted in years, “Jordan Acres.”  I paid Mrs. Jordan to read French with me once a week, sitting at her kitchen table.  She had bird feeders set up under her windowsills: Gravity and Grace, snowy field and red cardinals.

Does it matter where you first read a text?  Are books like certain songs, tied to places and times in your life forever? Most of SW’s reading occurred during her childhood and during her early youth at the Ecole Normale.  After that, she was too busy, too mobile, to read much beyond pamphlets and newspapers.  Her theoretical work, her ideas of  “the Good” and of  “Beauty” drew from her studies in Classics: Pythagoras, Socrates, Plato.  She read Trotsky and Marx in her early teens and she instantly got it.  How could anyone not, who had their eyes open?  She got the idea of cause and effect, she understood right away how wealth is created by poverty.  But mostly Marxism gave her a language to further express what she’d known since she was five: that she’d been born into privilege.

Later on, after the end of her teaching career (the hiatus she’d taken to work in a factory and volunteer for the Spanish Popular Front became would become forced by anti-Jewish legislation in 1940) she turned to the Bible, the Bhagavad Gita, and other ancient religious texts.  Famously, at the dawn of her ‘religious conversion’ (if it was ever that), she copied out “Love,” by the metaphysical poet George Herbert.  Toward the end of her life, crossing (she hoped) from the safe asylum her fortunate family enjoyed in New York thanks to her brother’s position at Princeton, back to Occupied France via London, she gathered her ten fellow passengers up on the deck every night and goaded them to tell folk tales.

There are so many things I can’t say.

Once, I thought I could say everything.

SW traveled to Germany in the summer of 1932.  This was after the Reichstag Fire, but before Hitler’s appointment as Chancellor of Germany.  She was 23, more Trotskyite than Trotsky himself (i.e., she was critical of his continued allegiance to the Russian Communist Party.)  She wanted to see for herself the political and existential “conditions” among workers – could it be true that the German comrades were wholly seduced by fascism?  She wrote one report on this experience, published in France in Le Ligne Proletarienne … which strikes me as a very Simonian title … in 20thcentury leftist discourse, a person’s line connoted their ideological affiliation … the Soviet line, the Trotskyite line … because the only ‘line’ SW ever fully embraced was the cause of the dispossessed and the workers.

Re-reading Simone Petrement’s beautiful biography of her friend and colleague (Simone Weil, Pantheon 1976) I’m struck by how much SW’s parents remained in the picture, hovering nearby to rescue her from her bold and often reckless adventures.  No doubt SW would be criticized harshly for the fact of her privilege, were she writing today.  And yet, unlike today’s virtue-signalers, engaged in public self-interrogation about the choice of paint brands for their walls and schools for their children, Weil wished to escape it entirely.

In her letters home from that summer in Germany, SW overestimated the strength and endurance of the German Worker’s Communist Party, but she didn’t underestimate the fantastic appeal of racism:

“The Nazi ideology is astonishingly contagious, notably in the Communist Party.  Most recently the Nazis thundered against the fact that a ‘judisch-marxistisches Weib (Clara Zetkin) inaugurated the opening session of the Reichstag  To which the newspaper of the party replies: “First of all, Clara Zetkin is not a Jew.  And even if she were, that would not mean anything.  Rosa Luxemburg, although she was a Jew, was a fine person.”

There’s a photo of SW’s father, Claude Weill, in the biography.  Dr. Weill looks, in the photo, astonishingly like Sylvere did at the time – the same age, the same eyes, the same curly sideburns.  Sylvere protected me too.  “My little Simone Weil,” he’d tease me, after these afternoon sessions with Mrs. Jordan.  Just as I started these notes on her birthday, his resemblance to Dr Weill seemed coincidental in a meaningful way.

I dream about Sylvere this morning … disagreement, betrayal, over something we’re supposedly co-writing.  Transcribing this now, it’s hard to feel my way back to how something like credit for some piece of writing could seem so important.

SW’s Year of Factory work wasn’t really a year.  It was more like a few weeks here and there, interrupted by illness, exhaustion and travel.  Still, the experience had the reverse effect of what she’d expected.  (Although of course, then again, maybe not).  Instead of further fueling her rage at the conditions of the working class, the experience humbled her.  She became, as she describes it, “a slave” — she uses the term not referring to the racial violence of American slavery, but to the enslavement of conquered peoples in classical Greece – what she’d read in Herodotus and The Iliad –

But still: something about this is chilling.  She’s writing these notes between 1934-1935.  Dachau had already been opened one year before for the extra-legal internment of political prisoners, although few people knew it.  “Asocials” were added to the camp’s population next, in 1936, and the extermination of “life unworthy of life” (Jews, Gypsys, homosexuals) would begin in camps built after the invasion of Poland (1939), two years before the formal adoption of the “final solution.”

Much as she tried to replicate the “authentic” experience of wage slavery, SW was, as usual, somewhat protected by her parents who were never that far away.  Family friends consented to place her in a “nice” factory owned by a humanist friend for her first assignment.  SW starved herself misguidedly, insisting that enjoy only the accommodation and food that could be purchased with her factory wages.  She rented a bed-sitting room in a decent working class neighborhood, oblivious to the fact that privacy, not food, is usually the first thing poor people sacrifice.  (She made the same mistake nine years later, starving herself by insisting she consume no more than the equivalent to French war-time rations – when in fact, as Sylvere pointed out, the whole country was living on the black market.)

So SW’s reasoning was flawed, does it matter?  The experience led her to what she’d (always, I think) secretly longed for, something she couldn’t admit or put into words before that – the recognition of herself as a “slave”, which allowed her to reach for Catholicism, or in other words, to reach for the succor that for one thousand years simultaneously perpetuated the slavery of the oppressed and offered them comfort.  Catholicism, the Religion of Slaves: with its sweetness and stories, its declarations of faith and its adoration of relics and icons.  It was a sweetness that others might find in romance or in sex that she never allowed herself.  (For a couple of years, through their mutual friend Georges Bataille, SW became a fairly close friend of Laure’s).

Does it matter how crazy the logic that brings you closer to seeing a truth?

Today I’ll be driving to Kansas.

Chris Kraus is a filmmaker and the author of I Love Dick and Aliens & Anorexia. She is also the coeditor of Hatred of Capitalism: A Semiotext(e) Reader. Index called her “one of the most subversive voices in American fiction.” Her work has been praised for its perceptiveness, vulnerability, and dazzling speed. 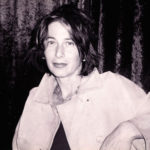 OVERVIEW Since 2019 at the Engadin Art Talks, Thomas Hirschon has intensively engaged with Simone Weil. The denʞkollektiv thanks Thomas to present seven art works: (1) Me, She, (2) Simone Weil Map, (3) Médaillon, (4) Cover for ‘Die Weltwoche’, (5) My Dreams, (6) SW Annabelle, and (7) Eternal Ruins. For more information visit: www.thomashirschhorn.com (1) ME,

Isabella is a lecturer in Religious Studies at the University of Kiel. She was previously lecturing at the universities of Würzburg, Erfurt and Jena. She studied Greek and Latin Philology as well as Philosophy in Würzburg, Thessaloniki and Padova. She received her MA in Ancient Greek from the University of Würzburg and her PhD in